Shaman Songs of the Tsimshian 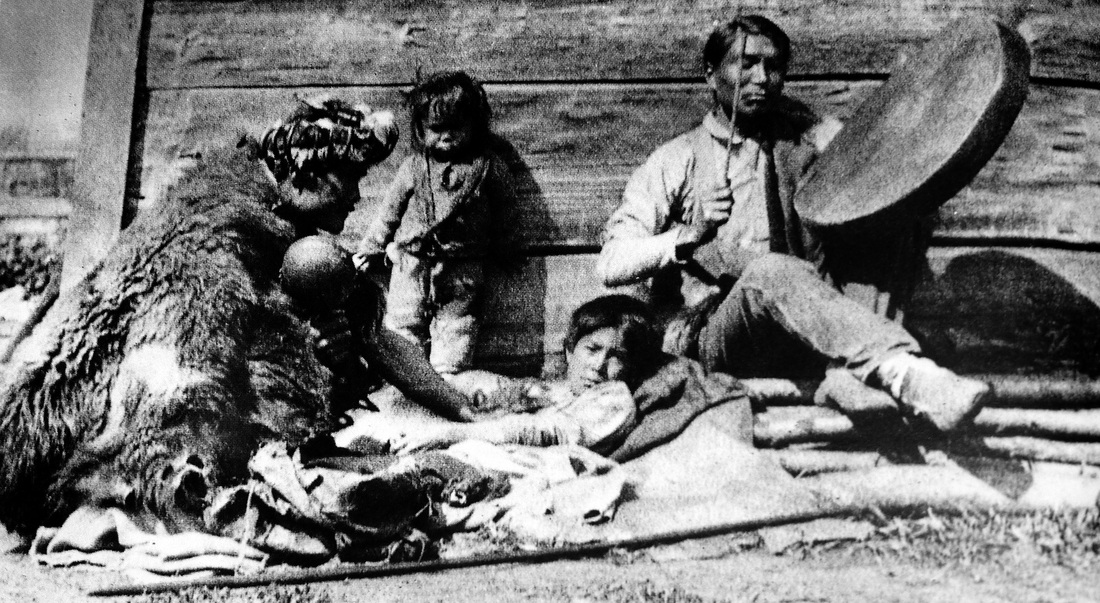 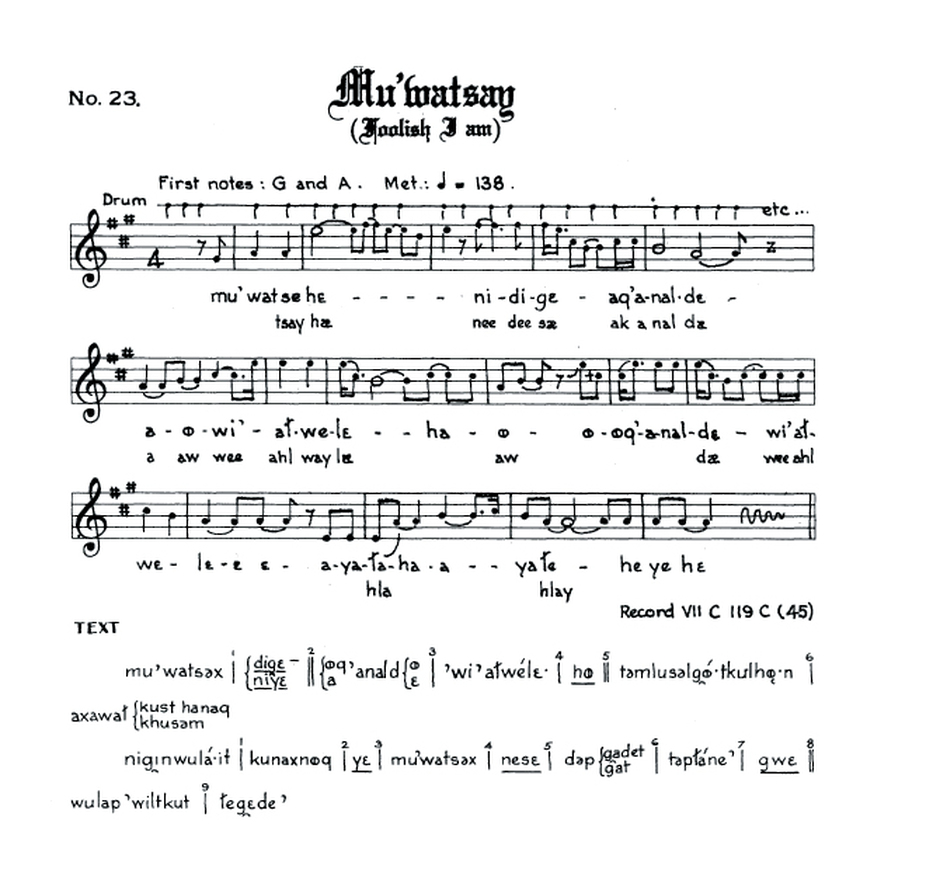 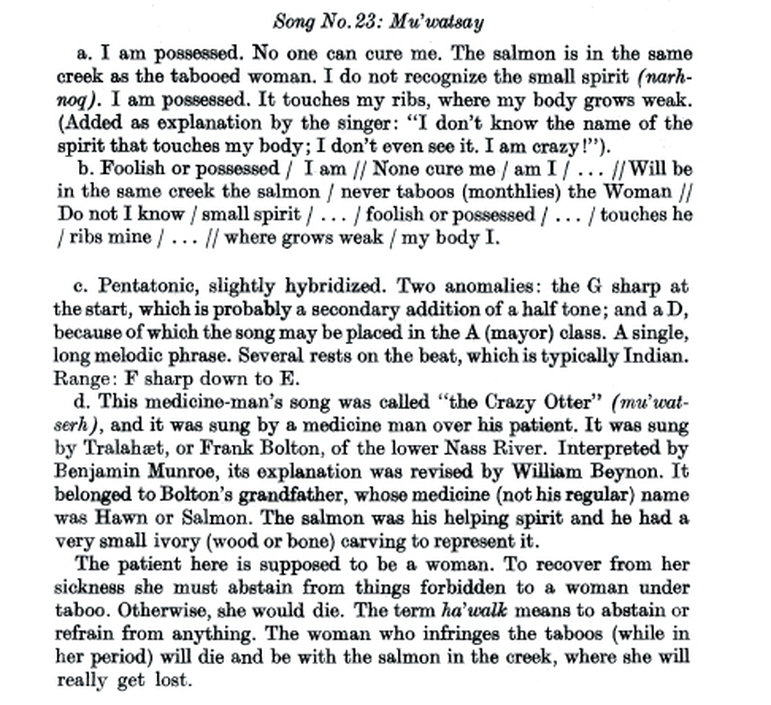 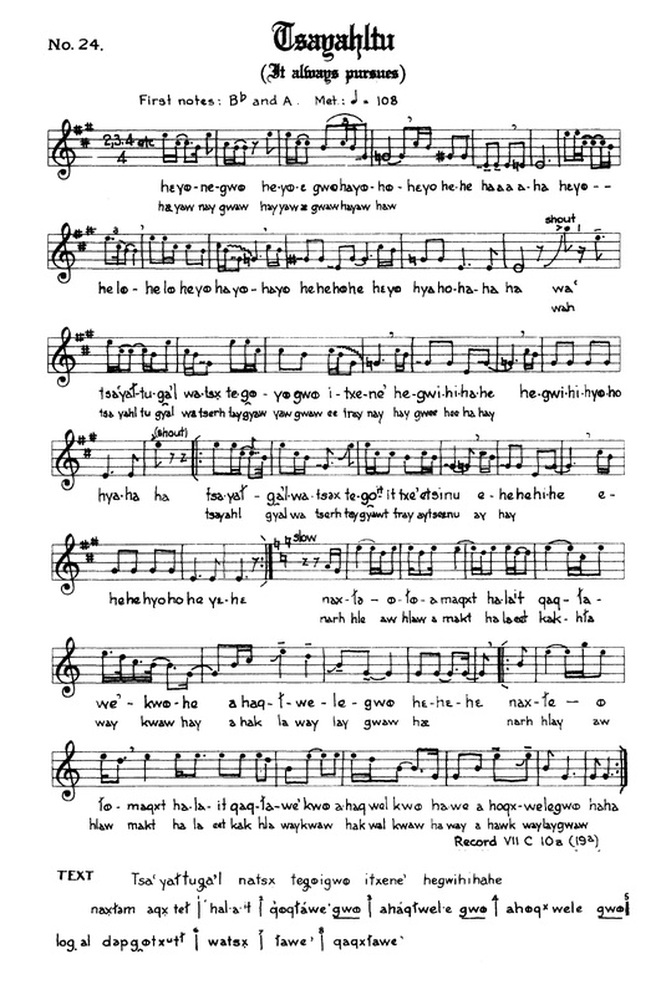 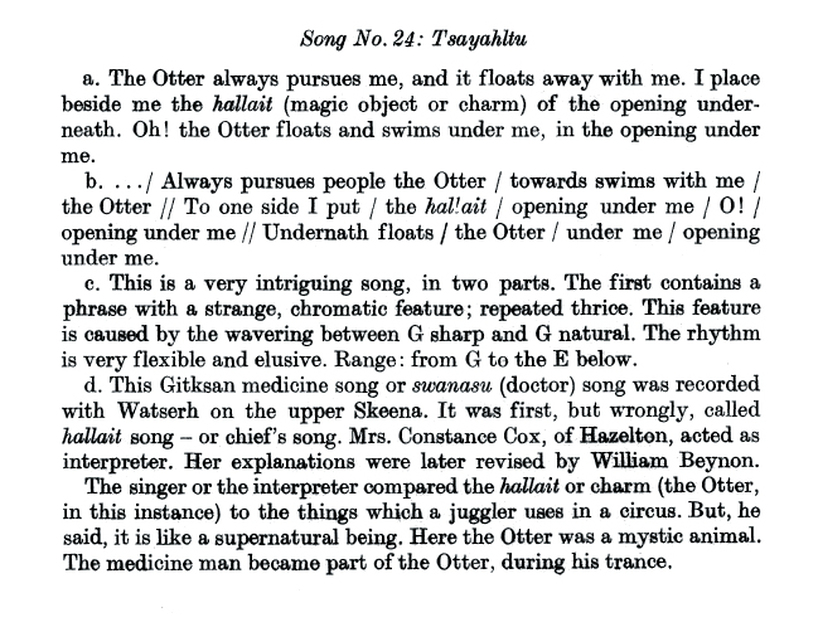 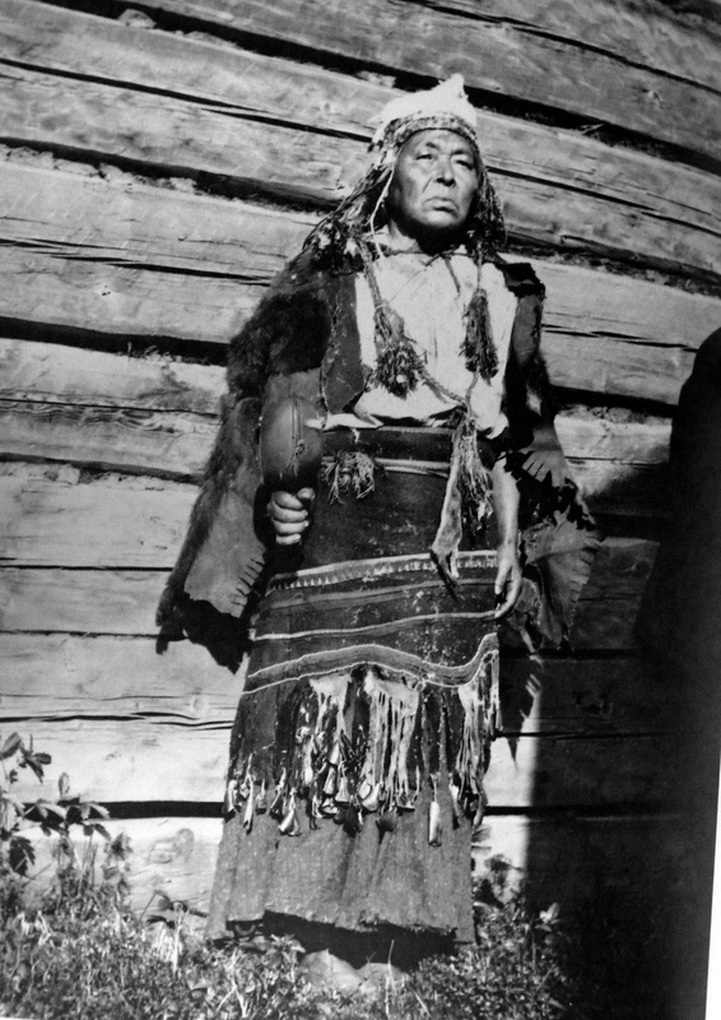 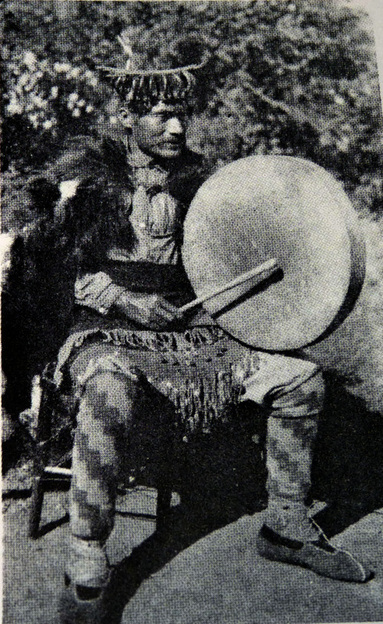 
“When I am called to treat a patient, I go into something like a trance, and I compose a song, or I revive one for the occasion.  As a last resort, I would use my charms, but only when in great difficulties.  Then I put on a bear robe, I use a bear-claw headdress, and I pass a [bear]-snare (hogwest) around my neck.  I suspend myself by the neck with it… four halaaits (shamans)…one at each corner. The chief halaait would take water and throw it over my head.  Then the four of us stand over a pool of water and hold …consultation (silin)… another halaait performs over the patient.  After we have stepped over the pool of water, we cover ourselves with a mat. If the patient is very weak, the chief doctor captures his spirit into his hands and blows quietly on it to give it more breath.  If weaker still, the halaait takes a hot stone from the fire place and holds the spirit over it.  Perhaps a little fat is put on the hot stone…the hands turn from one side to the other, thus feeding the sick spirit.  After this is done, the halaait sits the spirit, then places it on the patient’s head.
“Marius Barbeau, “Medicine Men on the North Pacific Coast,” Dept. of Northern Affairs & Nat. Resources. 1973, P. 53-4.


*explanation:  In a vision, the shaman Isaac Tens dreamt he was  very ill.  So too became his helper spirit  (naxnox).  Meanwhile, a large supernatural salmon lead his ‘people’ towards the Gitxsan village, bringing relief to the Tsimshian.  Supernatural salmon appeared to Tens despite being far away in the canyon river.  A female robin came to Tens & lifted the sickness from him.  He was cured.

Held fast, my feet (ludarhdawtuth sesæ’ee)
In the large spring (weegwaaneks)
It is the knife shell [mussel] (‘nihlhagyeesta)
That is doing it to me (hawelaakute)

*explanation: in a vision shaman Isaac Tens was standing on the edge of a great cliff. He couldn’t back away, because a steep mountainside was immediately behind him.  A great noise rose from the canyon.  He fell into a spirit canoe in the river below.  The canoe drifted along, then rose into the air, flying between the mountain peaks, who spoke to each other with voices like bells.  Then finding himself on the side of one mountain, Tens followed a steep path back down.